On May 7th, 2020 a small group of pro-life student leaders came together to witness outside of Planned Parenthood of Baltimore. That morning, the five of us met on Howard Street in Baltimore, chalk and life-affirming resources in hand, our masks and gloves on, and an uncertainty with what to expect, given all that has been going on.

As I drove through Baltimore on my way to the facility and eventually parked, Baltimore seemed like a ghost town. The usual lively streets, even by the water, were completely empty. As we neared Planned Parenthood, though, it was business as usual. In fact, probably business as more than usual, as the Baltimore Planned Parenthood has opened to doing abortions on more days per week than usual. 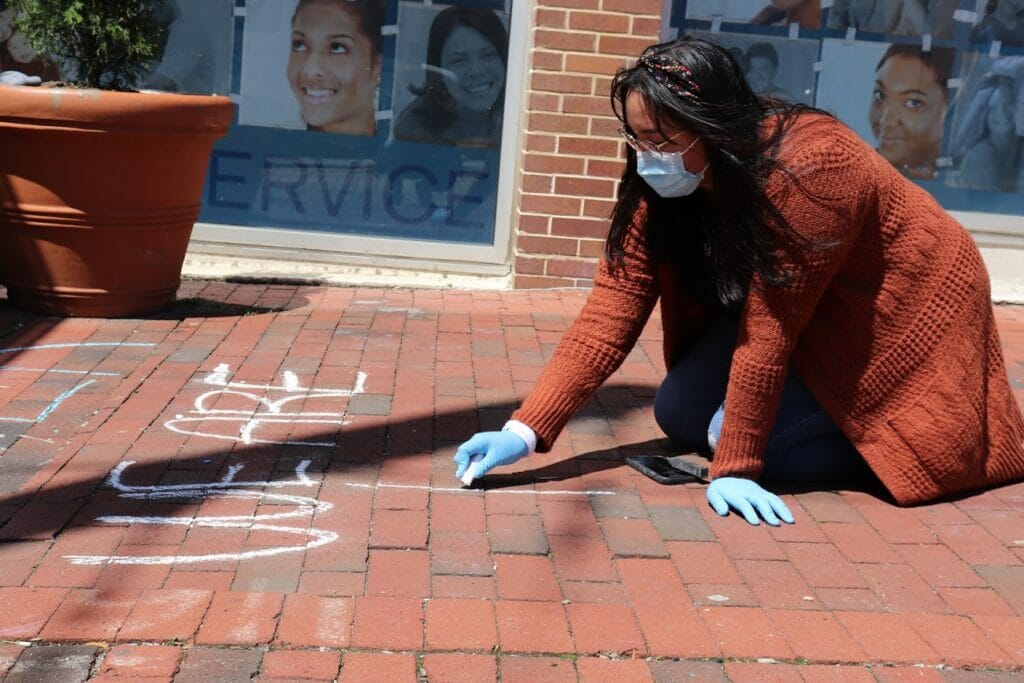 We knew we needed to follow all guidelines and safety procedures to keep ourselves and others safe during this pandemic, so we made sure we wore masks and gloves, reached out to our local police department beforehand to let them know we’d be there in a peaceful and safe way, we brought fewer than 10 people, and we even measured out and stood 6 feet apart. Even though this is such a tough time right now on all of us, we knew we needed to be there.

If Planned Parenthood is still open, if women are still being sold the lie that is abortion, if human beings are still losing their lives inside their doors, we will still be there on the sidewalk. There are ways to stay safe during these uncertain times…and still be a witness for life on the sidewalk. These women, these families, they need prayers…they need support. So we will continue to pray…and be a voice for the voiceless. 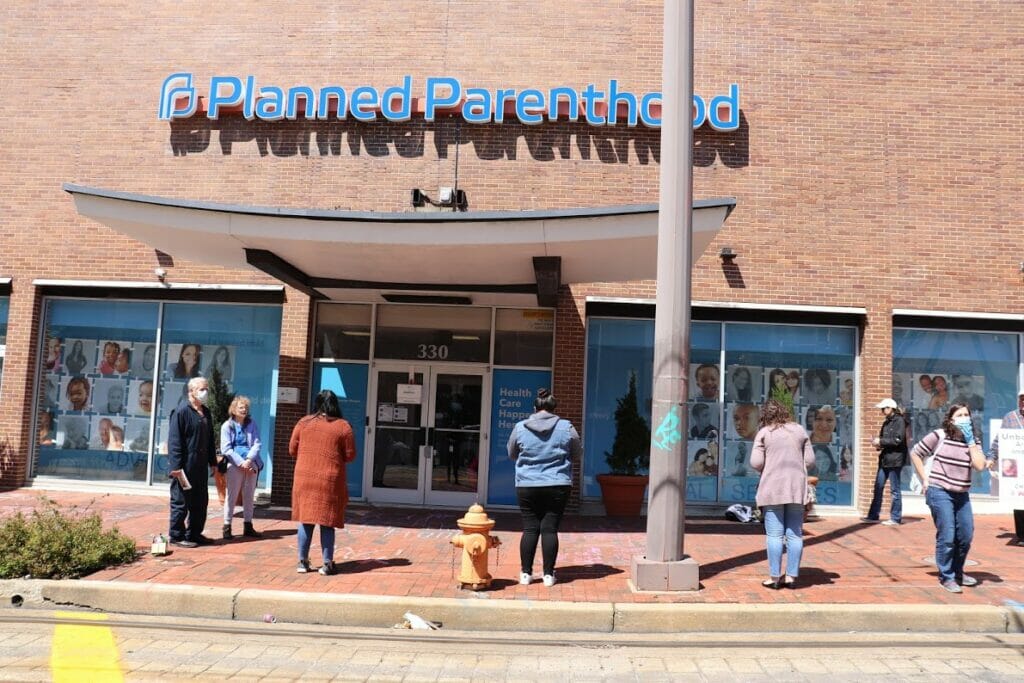 We know that Planned Parenthood has been asked to temporarily close in many states to abide by the same orders that other non-essential facilities have been issued as well…in an effort to keep our community safe. At one point, this was even the case in Maryland. However, Planned Parenthood refused to close their doors, and sadly, as was made clear during our time on the sidewalk, they are committing more abortions than ever. This saddens me to my core. There are still hundreds of lives being lost every day. There are still women who feel they have no other option than being exploited by Planned Parenthood, and so we knew we needed to be there.

Amaya Duran, a home-school student who traveled all the way from Virginia, joined us for her first time in sidewalk prayer, and she noted, “My time on the sidewalk was a powerful experience for me. It was the first time I’ve been in front of an abortion facility. Having it right in front of me was very different from lobbying, marching, or tabling. I felt almost hopeless seeing women going in and out of there, but I knew we needed to be there. It’s still important for us to be out there, praying, because Planned Parenthood is still open, and we still need to be there helping and supporting women in need.”

During our time at Planned Parenthood of Baltimore, we chalked messages of love, hope, and support, letting women know that we love them, we are there for them, and they don’t have to choose abortion. We also stood in silent prayer, a safe distance away…for those families that may never get to meet each other…and for those innocent lives lost. 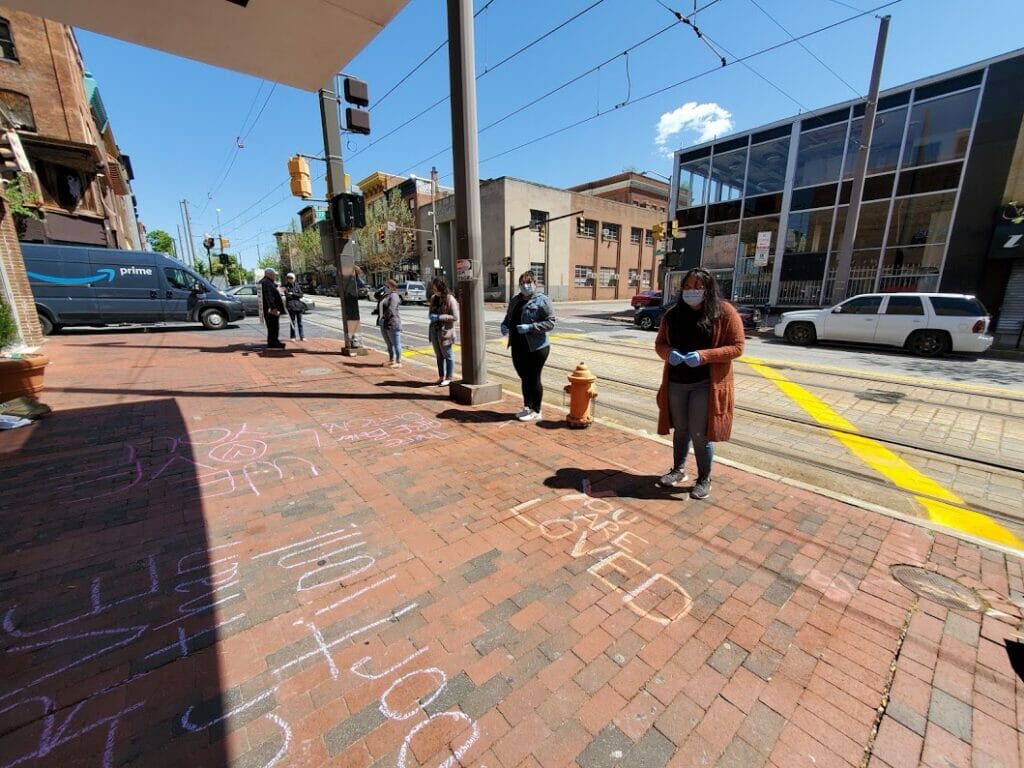 The whole time we were there, Planned Parenthood’s security guard was heckling us, taking pictures of us, and making rude jokes about pro-lifers who participate in sidewalk ministry. Eventually, he even called the police.

The police informed us that Planned Parenthood called to complain that we were drawing graffiti on their walls, which we clearly were not. Eventually, the kind police officer informed us that we were fine, we obviously were not graffitiing the walls, and we could continue our mission as long as we did not block the door. In an attempt, as per usual, to scare us off, Planned Parenthood out-right lied and completely wasted the local police department’s time.

If Planned Parenthood is still open, we need to be there.

If you and your group want to safely participate in sidewalk ministry during this time, there are precautions you can take to stay within guidelines in your state. Reach out to your SFLA Regional Coordinator for details by emailing [yourstate]@studentsforlife.org.

We are the Pro-Life Generation…and even when the going gets rough, we will be there as a force of love, support, and life; you can count on that.