It’s no secret that the tech giants of America have nearly unbridled power when it comes to controlling the social media narrative. Facebook and Twitter in particular have been caught time and time again shadow banning and otherwise censoring viewpoints they don’t like (i.e. conservative ones). So it wasn’t a major shock when footage was leaked of Twitter CEO Jack Dorsey telling staff that, following the suspension of President Trump’s account, ” […] this is going to be much bigger than just one account, and it’s going to go on for much longer than just this day, this week,

This is a Blatant Example of Why Pro-Life Petitioning Matters

Last week, the saga of Colorado’s Initiative 120 overcame its second-to-last hurdle when enough signatures were collected to get it on the November ballot. The initiative, also known as Due Date Too Late, is a pro-life effort to introduce a 22-week (5.5 month) abortion limit in a state where abortion up until birth is allowed. For scale, researchers currently estimate that a gestating human may be capable of feeling pain as early as 12 weeks (the end of the first trimester), but is almost certainly pain-capable by 18-20 weeks.

Click here to see how second trimester abortions are done.

The measure had been rejected in April for failing to collect enough signatures, but the great pro-life advocates in Colorado heeded the call to action and succeeded in collecting the additional 10,000 signatures needed. Now, Coloradans will get another chance to dial back their extreme current abortion policy of “birthday abortions.”

The Colorado Democratic Party in a statement said:

“Despite Colorado voters of all affiliations rejecting abortion bans at the ballot three times in the past 12 years, Colorado Republicans and anti-choice proponents can’t seem to take ‘No’ for an answer. Make no mistake — Initiative 120 is a cruel, calculated proposed ballot measure that would put the Colorado government in OBGYN offices between patients and their doctors. 120 allows for no exceptions for cases of incest, rape, fetal diagnosis, or domestic violence, and is just another attempt to take away a Coloradan’s ability to control their own body.”

Is banning the lethal injection of fully viable babies with digoxin and inducing a heart attack the “cruel” side of this debate? Colorado voters will decide this November.

Unfortunately, Colorado’s pro-life success didn’t quite make it to the Great Lakes. Though the contradiction between these two stories is proof of why it is SO important to engage in public policy and take action for Life – especially in states where the legislature is actively against you. As most pro-lifers know, our side is held to a different standard. We cannot put one toe out of line. We have to do everything exactly by the book… or be punished in a way the abortion lobby isn’t.

Pro-life groups in Michigan attempted a similar ballot effort, in their case, to ban elective D&E (dismemberment) abortions. They submitted about 380,000 signatures – about 40,000 more than is required to get their measure on the ballot. In classic governmental fashion, a ridiculous system is in place to check the validity of petition signatures.

“The state’s staff report on the petition released Thursday estimated the petition is short 7,276 signatures based on an in-depth review of a 500-signature sample. The ultimate decision on whether to certify the signatures lies with the Board of State Canvassers.

Under the sampling system, Bureau of Elections staff recommends certification if more than 465 signatures were deemed valid, a larger sample is triggered if at least 449 signatures are valid and a denial if the total is lower than that. Michigan Values Life had 446 valid signatures in the sample size, according to the report.”

Also, the pro-abortion Coalition to Protect Access to Care helped out the Board of Elections to check the pro-life petition. In a super un-biased way, we’re certain.

Translation: super miraculously and totally coincidentally, the “validation sampling” process found the signatures a mere three names short of triggering the larger sampling. We are sure Michigan Governor Gretchen Whitmer’s regime had nothing to do with this fortuitous outcome. 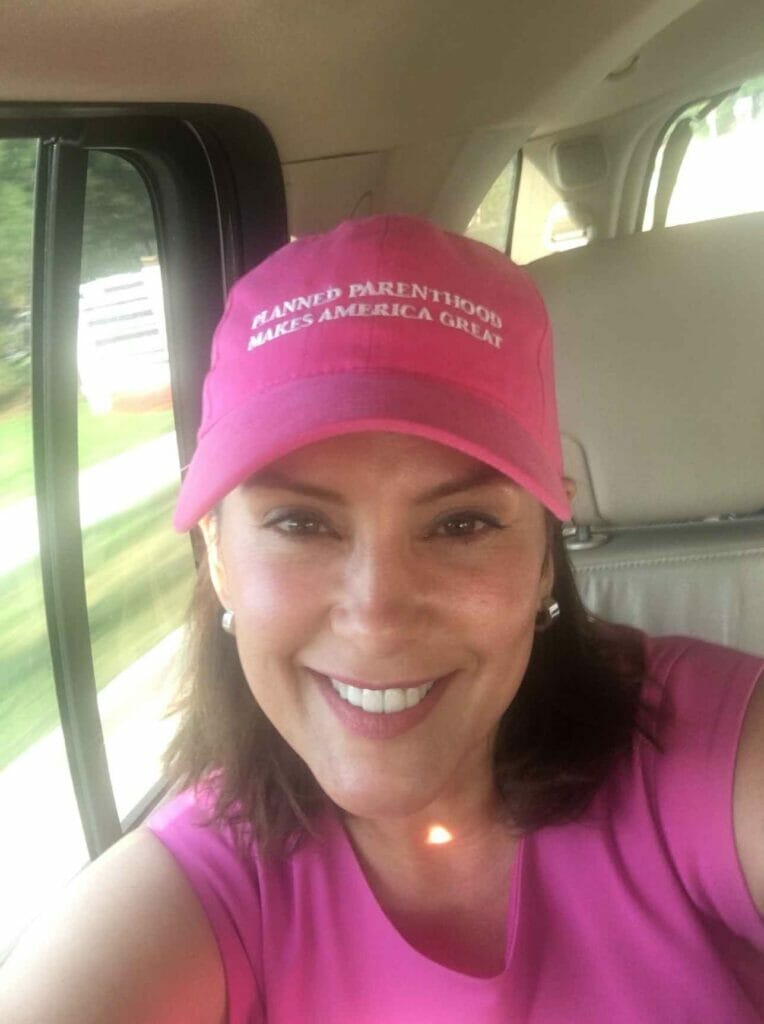 What We Do Matters

Because pro-lifers have to work twice as hard as abortion supporters, it’s so important to take a look at the wins and the losses as a constant reminder that we can never tire in our efforts. No matter how much progress we make, there will always be a government official with a pocket full of Planned Parenthood’s money, or a grossly overpaid abortion lobbyist, or any number of other high-powered obstacles determined that abortion’s death toll continues to grow.

Get involved in public policy. You can make sure Life is protected in law. If you’re a student, reach out to your SFLA Regional Coordinator at [yourstate]@studentsforlife.org. For activists of all ages, reach out to our sister organization, Students for Life Action.

Cover photo credit to The American Center for Law & Justice.