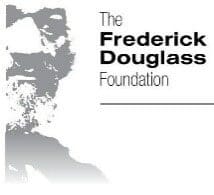 Via Email and FedEx

Having opened the streets of your city for public expression, Students for Life of America (SFLA) and The Frederick Douglass Foundation (FDF) requests the opportunity to add our voices to those concerned about the treatment of people of color in America. Black Lives do matter, born and preborn, as too many people are lost in America today from causes that should be addressed and prevented for their disproportionate impact on minority communities.

SFLA and FDF request permission to paint Black Pre-Born Lives Matter on the 1200 block of 4th Street NE at 6 o’clock in the morning on August 1, 2020, to celebrate the beautiful children with endless potential who are the future of their community and deserve the opportunity to make their mark in the world.

As an organization of nearly 1,300 groups on middle and high school, college and university, medical and law school campuses in all 50 states, SFLA works daily alongside the generation most targeted for abortions. But it should shock people to know that abortion disproportionately takes aim at minority communities. Though only 13 percent of the female population, African American women make up 36 percent of all abortions tracked.

FDF, with their state affiliates across the country, stand for and with Black America, including the most vulnerable among this population, those black babies still in the womb. As a public policy and educational organization FDF is a collection of pro-active individuals committed to developing innovative and new approaches to today’s problems, including the systemic racism of Planned Parenthood and their founder.

Planned Parenthood’s founder Margaret Sanger wrote of her intentions for birth control, “We do not want word to go out that we want to exterminate the Negro population.” It is not surprising that the organization she founded continues to target women of color for their population control efforts.

In Washington D.C., now a two-block long section in downtown D.C. has been renamed as Black Lives Matter Plaza, where the risk of death by abortion should be acknowledged and addressed. The deadly legacy of abortion has robbed the city of tremendous potential, and it must come to an end to ensure the city’s future.

First Amendment Assemblies are regulated by D.C. Code § 5-331.01 et seq. The Code requires people who wish to assemble to apply to the Chief of the Metropolitan Police Department through a designated form. SFLA has timely applied for a permit. If denied, SFLA will appeal to your office. You are required by law to make a decision expeditiously, prior to the date of the event and explain your decision in writing. D.C. Code § 5-331.06(d)(2).

You must allow SFLA and FDF to paint its “Black Pre-born Lives Matter” message. Your original decision to paint “Black Lives Matter” on the street is government speech. However, your decision to allow protestors to paint “Defund the Police” opened the streets up as a public forum. You are not permitted to discriminate on the basis of viewpoint in making determinations relating to public assemblies in public fora. The message of the preborn will not be silenced.