Man Becomes Pro-Life After Learning He Was Almost Aborted, But SAVED by His Dad

We say it all the time – the pro-life movement is a diverse group of culture-changers. Young and old, rich and poor, religious and non. There are pro-life groups of atheists, pro-life groups run by transgender or homosexual people, and post-abortive activists who may have spent years fighting on the other side. We have former abortion facility operators and doctors who committed thousands of abortions themselves.

But the beautiful thing is… everyone is equally welcome. No one’s perfect; we all have a past. The girl who’s been pro-life since grade school and never wavered is just as valuable as the elderly woman who celebrated Roe v. Wade‘s passage in 1973 and only just now is questioning that resolve.

Students for Life has a texting platform that anyone can use called “Ask a Pro-Lifer.” We get everything from sincere apologetics questions to pointless hatred. But sometimes we get messages simply sharing a personal testimony. Such a message came through recently from a young man named Carson.

Hi, this is Carson. So I was 6 years old and I was heading to my Mom and her ex-husband’s house and on the way there, she told me that I was almost aborted. Me being only 6 at that time, I didn’t know what that meant, so we ended the conversation that instant. Many years later, I was a Democrat and I was standing for the very thing that almost killed me.

But it was because of God sending my Dad to stop her from aborting me and eventually when I learned what that meant, I started to question my beliefs and eventually I realized that I was on the wrong side. For the past few years and still today, I’m a hardcore Christian Constitutional Conservative Republican who’s 100% pro-life and standing up for what’s right. I give God the glory and I thank him for allowing me to have a chance to live. God blessed me with the ability to be a voice for the unborn.

The Students for Life team member who responded to the message thanked Carson sincerely for sharing such a personal story. But it deserves a more public thank you, too. Changing your mind, for most people, is fantastically difficult. Not only must you accept a completely new worldview, but you also have to admit you were wrong previously. It takes humility, honesty with self, and bravery. 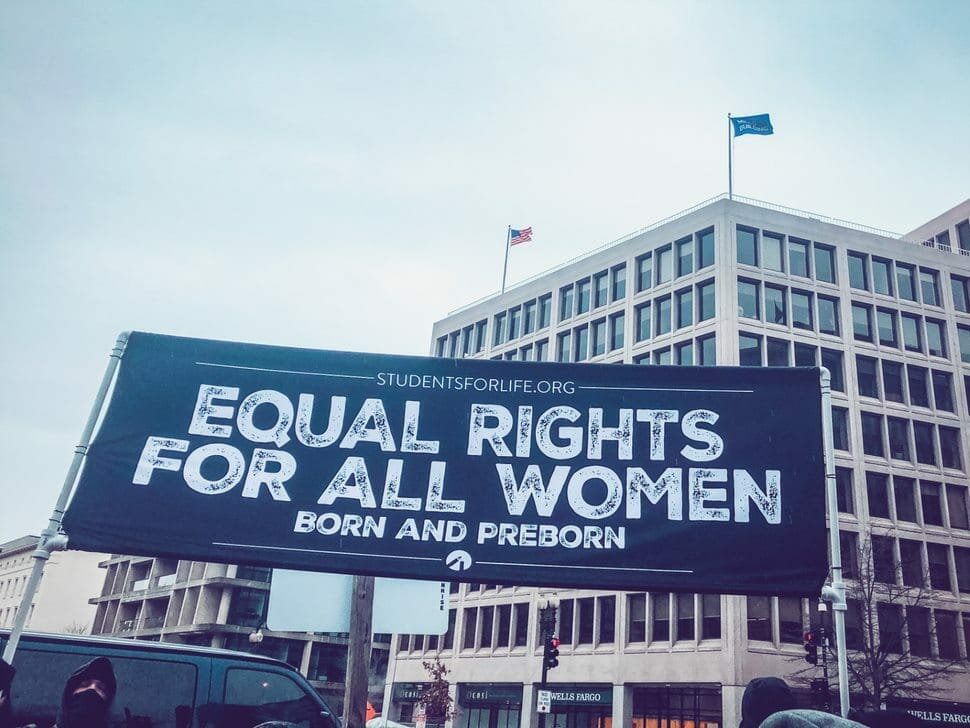 Carson’s story is not unique. Plenty of the pro-life movement are “converts” from a pro-abortion mentality. But not everyone is brave enough to shout their story from the rooftops and embrace a new truth. Imagine if everyone did, though. Just seeing Carson’s brief testimony could be all it takes to give someone the courage to question their own beliefs on abortion.

We’re so happy to have Carson as part of the Pro-Life Generation, fighting for the equal rights of every single human being – born and preborn. If you have an abortion question or want to learn more, please text or web message the same platform he did: (218) 400-5433 or www.askaprolifer.com.