This past weekend at the Prayer March and SCOTUS Nomination announcement in Washington D.C., Liberty Students were eating pizza in between events and protested by a small group of high schoolers with homemade signs that said, “My body, my choice”.

Four pro-life students began a conversation with them, and almost immediately they could sense their frustration and miseducation.

“You guys spent all of this money on your matching shirts and your pizza, shouldn’t that money have gone to women in need?”

The main topic of the conversation focused on the all too common belief, “Without Planned Parenthood, and without safe abortions, women will die.” The abortion industry preys on those uneducated on this topic and takes fear tactics so far as to say that without them, women just like us are going to die. In the past they have even falsified statistics in order to claim that thousands of women died every year before Roe v. Wade.

Too many young women have been led to believe that we would be left helpless without Planned Parenthood, even though Planned Parenthood is not the best or only option for reproductive healthcare. Federally Qualified Health Centers and Pregnancy Help Centers provide safer, cheaper, and holistic care to more than 10 times the number of women as Planned Parenthood does. 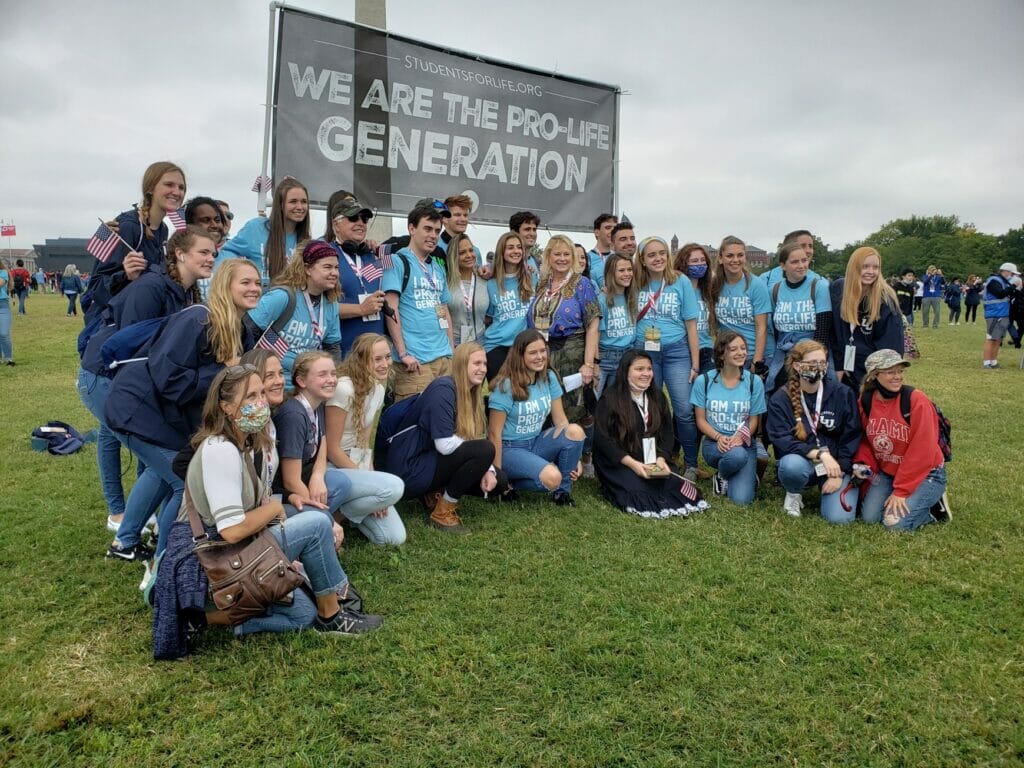 Many young women have also been misled to believe that there is such thing as a “safe abortion.” We know from research and science that every single abortion puts the woman at a higher risk for physical complications, reproductive system damage, breast cancer, mental health afflictions, and more. Not only this, but women have also been known to die from these “safe abortions”. In 2019 alone, over 100 ambulances were called to abortion facilities.

This conversation ended with their remark, “We’re going to leave now because we aren’t getting anywhere with you.” Close-minded conversations like these unfortunately aren’t rare, as mainstream media and cancel culture have glorified the idea of shutting out and dehumanizing those with differing views.

As a pro-life activist, I’ve had my fair share of debates with pro-choicers. I’ve heard the crazy arguments, the reasonable ones, the poorly constructed ones, and everything in between. I’ve had respectful and productive conversations, and I’ve been harassed and ridiculed. Strangers have flooded my DMs with graphic abortion photos, vulgar abortion related comments such as “eat all babies 2020” and “going to blend my next abortion into a smoothie and mail it to you.”

Throughout all of these, the ones that have struck me the most are conversations with misled and misinformed youth.

You never know what facts you’ve presented that will stick with them, or what arguments you’ve made that may cause them to begin to question their beliefs. My own journey from pro-abortion to pro-life, and many others like mine, were founded on thousands of little conversations just like these! The abortion industry deceives millions of Americans every year into defending them, and it is up to you and me to show them the truth.