On a particularly memorable statement during the first day of Judge Amy Coney Barrett’s confirmation hearing, Senator Ben Sasse acknowledged what the hearings had become, a confusion about the role of government. “A huge part of what we are doing here in this hearing,” Sasse noted during his time, “would be really confusing to eighth graders, civic classes across the country tuned into this hearing and trying to figure out what we are going to do…”

Recall how during his speech at the Republican National Committee, Senator Tim Scott joked that “Trust me, after spending 7 years in the Senate, I know I’m not the only one in Congress who failed civics.”

Yet many senators still needed a refresher in Civics. As Sasse sought to explain:

I think we should do our best to help eighth-graders realize what a president runs for, what I senator is for, and what Judge Barrett is doing here before us today and what her job will be… Civics 101 is the stuff like congress writes laws, the executive branch enforces laws, courts apply them. None of that stuff should be different if you are a Republican or Democrat or a libertarian or a green party member. This is basic civics. Civics is the stuff that all Americans should agree on, like religious liberty is essential. People should be able to fire the folks who write the laws, and voters can’t fire the judges. Judges should be impartial. This is just civics 101. Politics is different. Politics is the stuff that happens underneath civics. Civics is the overarching stuff we Americans agree in common.

Judge Barrett is wonderfully qualified, in every aspect. Since Democrats cannot attack her credentials—which Senator Ted Cruz noted discussion of was missing during the hearing—they felt the need to panic over how Barrett might rule on the Affordable Care Act, in a case she has not even heard yet, from a court she has not been confirmed to serve on yet. 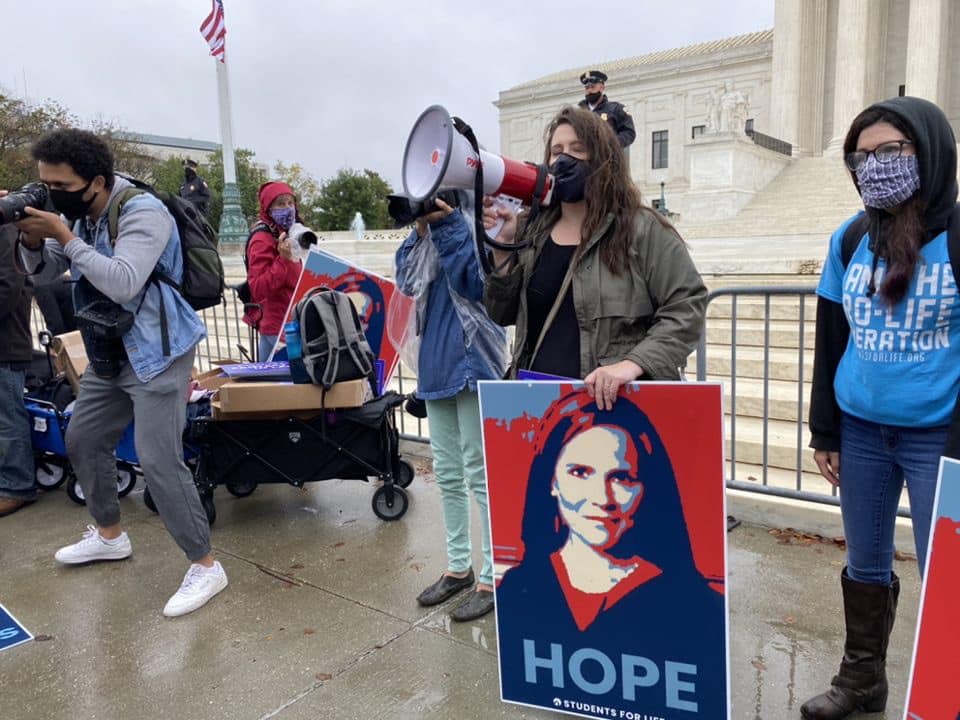 Barrett had no role in crafting, writing, or passing the Affordable Care Act. It is simply up to her to decide the issue before her to do with it, and if it is Constitutional.

Her personal views should not and will not matter, as she has assured senators multiple times, including and especially as she was being confirmed to the United States Court of Appeals for the Seventh Circuit.

When it came time for Senator Richard Blumenthal to speak, though, he, for whatever reason, referenced views of Senators Joni Ernst, John Cornyn, and Thom Tillis and President Trump on the Affordable Care Act.

Senator Mike also sought to correct the record on what was taking place, explaining that those watching the hearing “would think this was a political discussion, a policy discussion, a legislative discussion,” which Barrett is not being reviewed for, but “for a position on our nation’s highest court, where you’ll be asked from time to time to decide cases based on the law, based on the facts.” 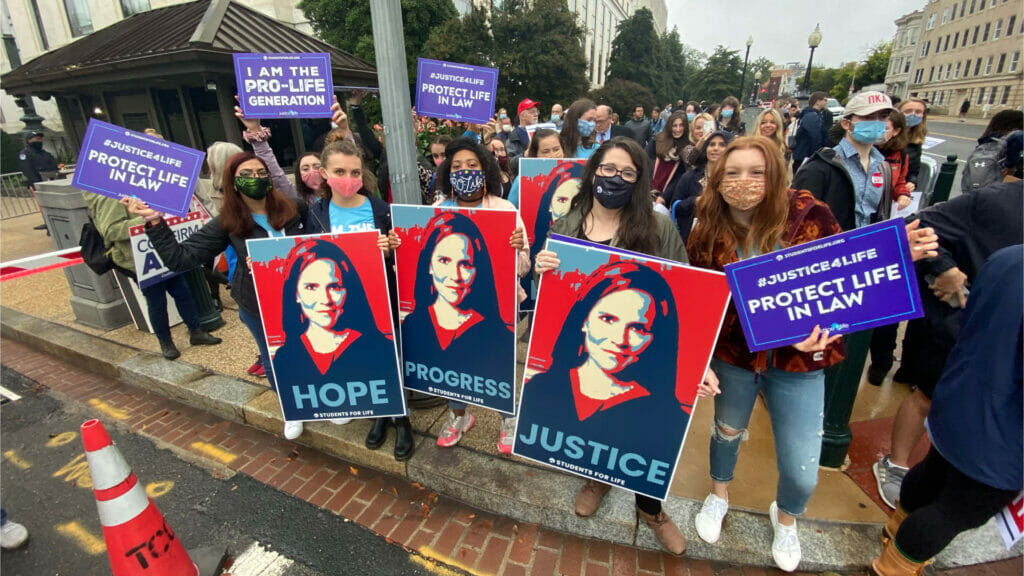 He further noted that he would object “anytime anyone tries to attribute to you a policy position and holds you to that. You are not a policymaker, you are a judge. That is what we are here to discuss.”

Senator Cruz followed the same line of thinking in highlighting the take-away from the hearing thus far. Cruz in part mentioned how the Democrats’ view of the Supreme Court, is “five unelected lawyers wearing black robes,” who will be “decreeing rules.” Such a vision “is something found nowhere in the Constitution, and it is a curious way to want to run a country.”

When it comes to policy arguments surrounding the Affordable Care Act, Cruz pointed out that Democrats:

… simply want a promise from the judicial nominee that this nominee will work to implement their policy vision of health care. That is not a judge’s job. That is not a responsibility of a judge. In fact, making that promise would be violating a judicial oath.

Though these senators were particularly memorable for such remarks, there were still more during the second of the day who similarly issued a warning about Democrats were doing during that hearing.

Senator Tillis issued a particularly telling point to keep in mind that “rights granted by nine can just as easily be ended by nine.” Additionally he noted that:

We’ve heard many speak today about the policy priorities that they’d like and ask this court to pass, and ask this court to pass, several of my colleagues have engaged in fear mongering and describe Judge Barrett’s nomination on health care, abortion rights, labor rights and list goes on and on and on. These statements are unfair and they’re untrue. This week they will attempt to ask Judge Barrett to commit to policy outcomes rather than do the work for that policy outcome and the U.S. Senate…

They’re failing to do their job and they want the Court to do it for them… My Democratic friends decry the nominee as predetermined outcomes in mind while in the same breath they demand the nominee agree to their preferred outcome of a case. The hypocrisy is incredible. They ignore central facts. Judge Barrett’s rulings aren’t meant to be for or against particular policy outcome. She’s not a legislator. That’s our job. However, when minority can’t get their bad policies passed in congress they turn to the courts to demand that judges interpret the law not as written but as they prefer.

Senator Ernst praised Judge Barrett’s role as a judge and as a mother, and addressed the attacks Barrett has endured. While also addressing the concerns of judicial activism, Ernst appropriately explained how any and all cases Judge Barrett could hear as a Supreme Court justice have not yet come before her, and might not:

What I hear from my colleagues on the left is about judicial activism and what they want to see in their nominees, which it is that super legislature. They are projecting that upon you, Judge Barrett. That’s what they are projecting as they talk about what cases may or may not come in front of the supreme court.

Senator Mike Crapo stated during his time that “judges are not policy makers. And they must be resolute in setting aside policy views that they may hold.” As he spoke of Judge Barrett’s credentials from his private meeting with her and during her hearing when she was confirmed United States Court of Appeals for the Seventh Circuit, Senator Crapo of how “during that hearing, she repeatedly expressed her commitment to independent and unbiased decision making.”

Senator John Kennedy also reminded the American people of what a certain kind of court could lead to: 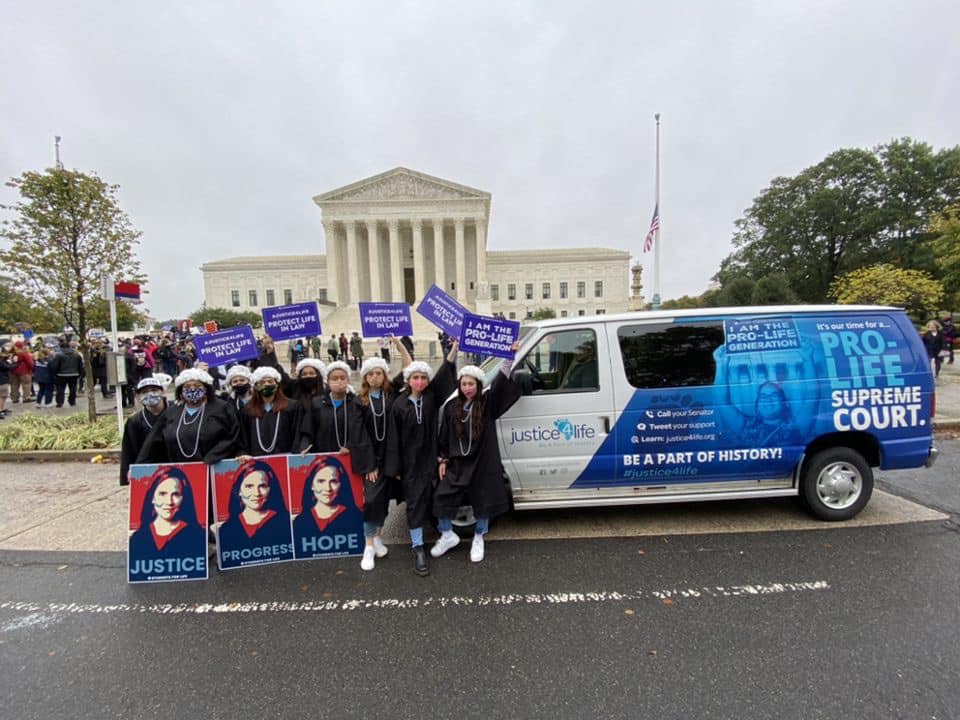 Senator Marsha Blackburn similarly addressed Judge Barrett’s qualifications as a mother and a judge, noting that they “are impressive… by any standard” and that “it is no surprise that you are fielding attacks from other angles.” She went on to call out Democrats for the “panic” they’ve created:

Rather than reviewing your judicial philosophies, they’re instead choosing to project their own desires and their fears onto the American people. It sounds as if they are trying to create a panic. They decided to drum up indignation over the fact that you dared to present a counter argument against the constitutionality of the Affordable Care Act. Apparently a difference of opinion between two brilliant jurists who often disagree is just too much for them. The rhetoric is unsettling that after listening to them I wonder more about its underpinnings. Because my colleagues remarks have displayed their troubling belief that nothing but an activist judiciary will do for them…

Judge Barrett’s view on these policy issues is irrelevant, it’s the kind of judicial philosophy she’ll use when deciding cases she has before her, none of which she cannot comment on now, considering that she has not even yet been confirmed to hear any scheduled cases on the docket, and certainly not hypothetical cases. Senator Ernst gets it; her colleagues would be right to keep that in mind.