Did the Pro-Life Movement Cause an Increase in Late-Term Abortions?

The abortion lobby says yes. But the numbers tell a different story. The Journal of the American Medical Association recently published a study specific to Texas that assessed the state’s postponement of surgical abortion during the early months of COVID. The conclusion of the study seems certain that late-term abortion numbers increased as a result (something the pro-abortion Guttmacher Institute and National Abortion Federation jumped on immediately). Back in March, Texas was one of multiple states that deemed abortion a “nonessential service.” Reading the AMA study with no other background information would indeed raise most people’s suspicions about the effect

City of Baltimore Washes Pro-Life Message Off the Street, Leaves Others

On August 5th, Students for Life of American teamed up with the Frederick Douglass Foundation and black pro-life community leaders in Baltimore to paint “Black Preborn Lives Matter” on the street outside the Baltimore Planned Parenthood. But the city of Baltimore’s apparent approval of the event turned out to be a ruse.

Overall, the activism event was a success. The weather cooperated, there was no conflict with abortion supporters, and the police allowed our public expression of free speech. This was in stark contrast to our experience in Washington, D.C at the beginning of August, where police arrested two Students for Life members not for painting, but for sidewalk chalking.

Pro-life activists from all participating organizations were proud and inspired following our hard work early on Saturday morning… only to have those good vibes squashed upon seeing photos of Baltimore’s Department of Public Works pressure washing the message off the street the next day. Oddly, this message seems to be the only one targeted by the city.

“City failed to issue permit for this but sent the chronically understaffed DPW to wash this away when trash is on every corner. Meanwhile, Black Trans Lives Matters remains intact and safe from city hoses.” #Hypocrisy #priorities #doblacklivesmatter pic.twitter.com/VUCf8lviSp

Chaplain Christopher Anderson (Nominee,  Baltimore City Council  District 7) was a big participant in this event, and everyone else involved echoes his sentiment. 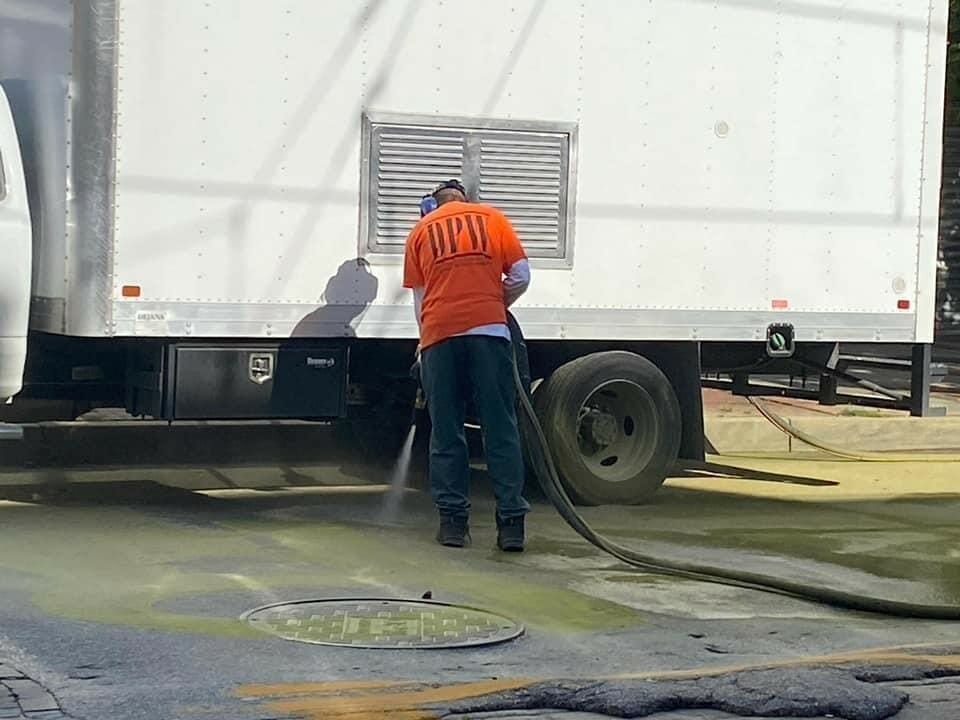 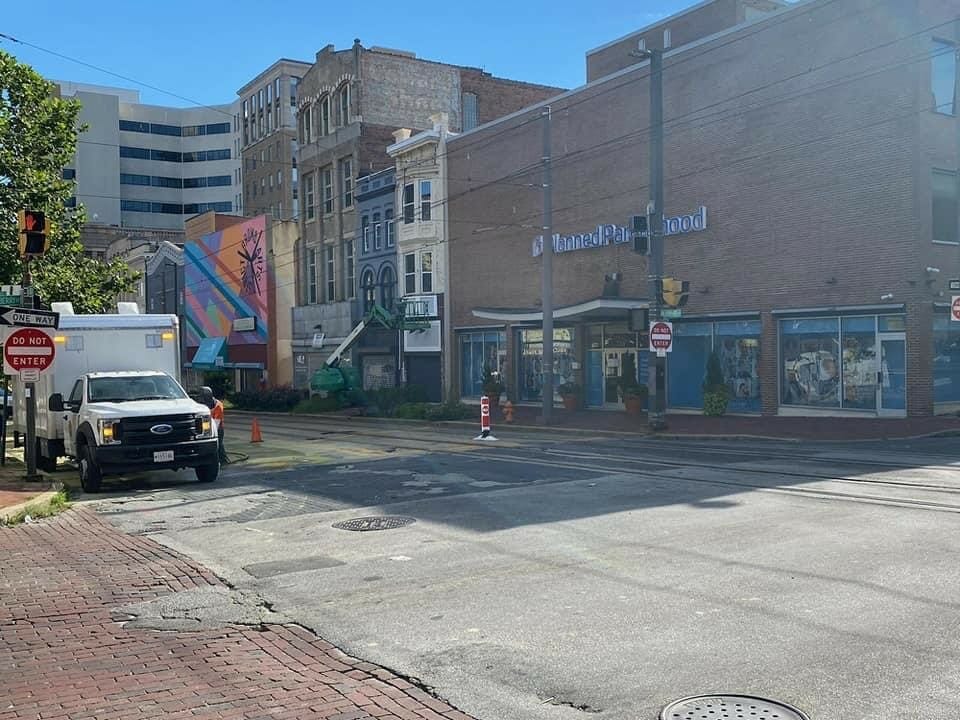 To be honest, “allowing” us to host the event only to remove it the next day is just as bad as telling us “no” from the beginning. The viewpoint discrimination present in liberal city governments is blatant and wrong. They CANNOT pick and choose what speech they allow; if liberal groups are allowed to paint, conservative groups are allowed to paint.

A Note on the “Black Preborn Lives Matter” Message

“Since our inception 14 years ago, our organization has been committed to defending ALL preborn children and their mothers, and that will not stop. Given our current political climate and how abortion disproportionately affects the Black population, we had to tackle this issue head-on. We have been working closely alongside our Minority Outreach Director, Toni McFadden, as well as our coalition of Black and African American Pro-Life Leaders, to perfect our message, and ultimately landed on “Black Preborn Lives Matter,” because they do matter. By us saying “Black,” we do not exclude any other race, denomination, or creed. We say “Black” because Black women account for 13% of the American population, but submit to nearly 38% of the overall abortion rate. The urgency is now to reach out and minister to our Black brothers and sisters, and we hope you will join us.”

– David Cordaro, Marketing Director for Students for Life of America

On August 5th in Baltimore, SFLA and members of the  Frederick Douglass Foundation painted “Black Preborn Lives Matter” on the street in front of the Planned Parenthood. As a black woman who has been affected by the regret of my own abortion, I was proud to be a part of a team that is truly loving their neighbor by exposing the truth about Planned Parenthood’s racist agenda.

Our intention is never to take away from other races whose lives have tragically ended from abortion, but rather to sound the alarm for the black community. My race is literally dying out because of abortion. Its roots are founded in racism. We 100% believe ALL LIVES MATTER. I said that very phrase on our recent Facebook Live.

While I understand why some may be concerned that saying “Black Preborn Lives Matter” is divisive, I would like to challenge that narrative.

With 360 black babies dying daily and more black babies in NYC being aborted than being born alive, we need to educate and bring attention to Planned Parenthood’s racist agenda before it’s too late. Black Americans  make up close to 13% of the population. If we get below 10%, we may never be able to recover. We say “Black Preborn Lives Matter” again, not to be divisive, but to bring awareness that:

I pray and hope this clarifies the heart behind  why SFLA has chosen to partner with other pro-life organizations that believe now is the time to bring  attention to Black Americans in regards to Planned Parenthood’s racist agenda.