Michigan Senator is First Ever to Share Personal Abortion Story

Senator Gary Peters, a Democrat in Michigan, this week became the first sitting senator to publicly share an abortion experience. What he shared with Elle magazine is intense, personal, and the type of abortion story that throws the convictions of some pro-life advocates for a loop (though it shouldn’t – read on).

In his interview, Peters describes how his wife’s water broke at four months pregnant and their doctor instructed them to go home and “miscarry naturally.” It didn’t happen, and the next day, they went back to the doctor, who advised abortion. Their hospital didn’t commit them, though. The next day, the doctor allegedly explained that Peters’s wife could lose her uterus or die of sepsis if nothing was done. Because they were friends with a nearby hospital administrator, Peters says the couple aborted elsewhere.

This story is sad and tragic. All parents reading are surely cringing, imagining finding themselves in the same situation of waiting for a very wanted child to naturally pass away following preterm labor. And it’s certainly not the only public story of a couple coping with bad news about a planned child. The first response to a story like this is always compassion.

All of that said, it feels like too many important details are missing to draw an educated conclusion about this specific scenario. But the pro-life response remains the same.

Every hospital and every doctor has a slightly different way of doing things, but it seems really odd that this couple’s doctor would see them three times, in serious medical distress, and offer them nothing. Unless the doctor was fully incompetent (a different problem entirely), it strains credulity that a medical professional would have no legitimate medical advice for a couple in this situation.

A big talking point in pro-life circles is how late-term abortion is never medically necessary; inducing labor is the “do no harm” course of action for perilous medical situations. Sen. Peters’s wife, as he noted, was four months pregnant (which is generally somewhere between 13-17 weeks). This is before the earliest chance of survival for the baby, which is 21 weeks. With the limited knowledge of the couple’s situation that the senator chose to share, it seems like inducing labor at the hospital would have been an option that doesn’t involve intentionally killing their child. This, of course, is assuming that the child was still alive, which is not a detail included in his testimony.

The Apologetics Behind this Case

“Apologetics” describes the defense of a certain position. Pro-life apologetics then is the set of philosophical points that defends an anti-abortion position. Even in the very hard cases, there is always a life-affirming answer. This particular situation deals heavily in the concept of “intent.”

Abortion is intrinsically different than miscarriage. Unfortunately, it’s a misconception held by many that these two events are one and the same. Abortion is the intentional ending of a preborn life, whereas miscarriage is the natural (and often unexplained) demise. As mentioned, the fact that Peters does not specify if his child was still alive at the time they sought an abortion really muddies the water on this point. After all, D&C procedures are used for both abortions and miscarriages. The difference, of course, is that it’s wrong to intentionally cut apart a living child with a curette but not wrong to use this tool to remove a naturally deceased child. Intent is everything.

If the Peters family sought a D&C at the other hospital because their child had passed, then his testimony is deliberately misleading. Pro-life advocates do not wish to ban procedures that remove miscarried babies from mothers to prevent infection. It’s a silly political talking point meant to distract from talking about actual abortion – the deliberate taking of life.

If the Peters family sought a true abortion (the termination of a living child) at the other hospital, pro-life advocates stand against it. Killing a child is not a solution to preterm labor. Would the child very likely have passed away if born at four months? Yes. But birthing that child is not killing that child. Again – intent matters. And, in a broader scope, making a habit out of actively killing those younger than the current age of viability ensures that medical advancements won’t be made so that younger and younger children can be saved. It removes the opportunity for progress, opting to kill the patient instead of treat them.

Read more about “Life of the Mother” apologetics here. 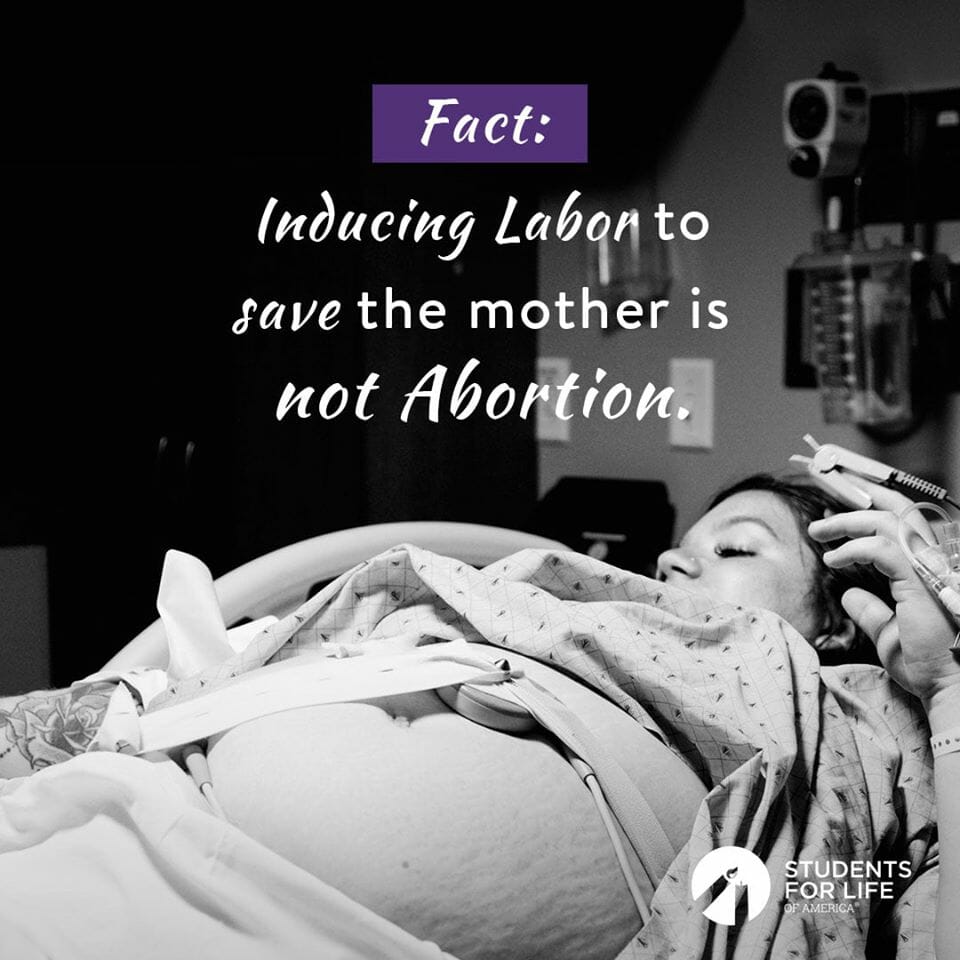 To the Peters Family

It’s tragic that this poor couple felt like abortion was their only option. On top of losing a child, an abortion meant they also had to cope with being the ones directly responsible for their child’s death. Many parents who faced poor prenatal diagnoses and carried to term have shared publicly that doing so gave them peace and closure while avoiding the added pain that would’ve come with striking the final blow themselves.

The pro-life movement truly believes that post-abortive families are just as much victims of the abortion industry and pro-choice lies as anyone else. Thoughts and prayers are with the Peters family as they re-live their experience in the public eye. And we also hope the senator will re-consider using his experience to advocate for abortions across the board.