The 1973 Supreme Court case that legalized abortion on demand through all nine months and for any reason (alongside its companion case, Doe v. Bolton) is known as Roe v. Wade. The only reason abortion up until birth is not the law of the land in every state is thanks to states’ abilities to enact their own abortion limits… though late-term abortion is the law in 7 U.S. states. The current hysteria among abortion supporters in the midst of Amy Coney Barrett’s confirmation is this: “Roe v. Wade will be reversed and abortion will be illegal in America.” As much as we think that’d be great, it’s not the case. 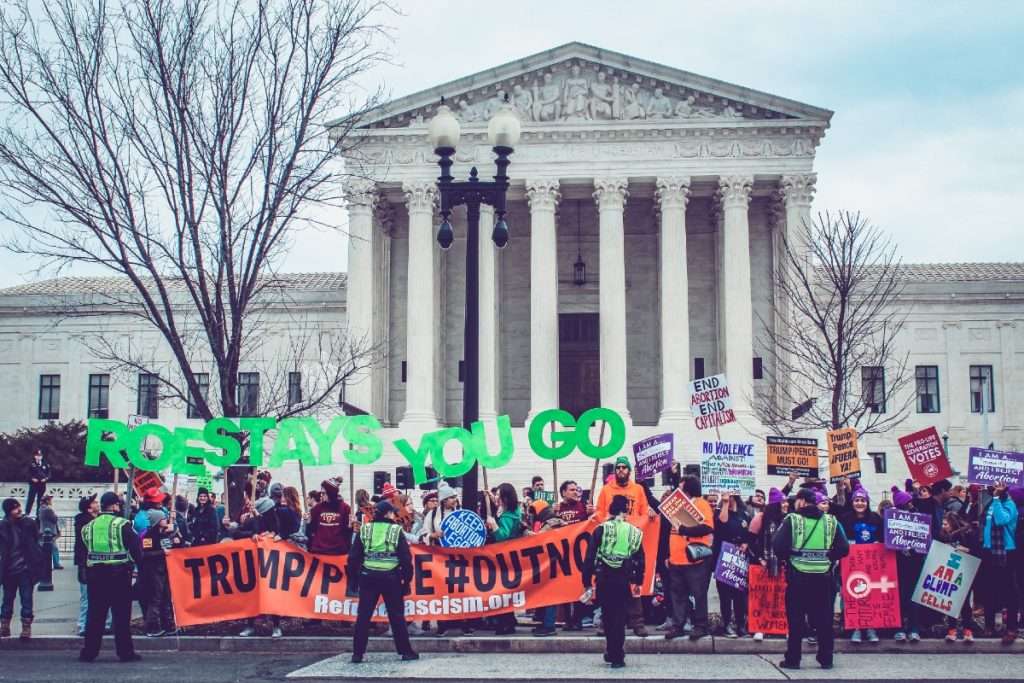 When Roe v. Wade and Doe v. Bolton are reversed, the decision about abortion’s legality will be up to each individual state. There will be pro-life states and pro-abortion states. In many cases, we can already identify which states will go which direction. What Roe and Doe’s reversal really does is allow Americans a vote on abortion, instead of forcing it upon us with a federal mandate put forth by unelected judges.

There are many differing opinions across the conservative spectrum about whether Amy Coney Barrett’s nomination will be enough to reverse Roe and Doe. We need a strong majority to make it happen, along with a lot of other factors that need to go just right. It’s wildly helpful that President Trump has been able to nominate three Justices during his tenure so far, but some sitting Justices are either wishy-washy or simply an unknown when it comes to abortion-related rulings. That said, Students for Life believes the addition of another pro-life Justice is a massive opportunity and will continue doing all we can to make Roe‘s reversal happen.

A lot of misconceptions (many deliberately circulated by pro-abortion Democrats) were flying during Amy Coney Barrett’s confirmation hearings. Judge Barrett was asked if Roe v. Wade was a super-precedent (it is not). Wild-eyed Senator Cory Booker spent much of his speaking time fear-mongering about untrue implications of Roe’s reversal, like criminalizing women who miscarry. Based on the army of violent Women’s Marchers who donned Handmaid’s Tale costumes, spray painted our team, and terrorized our pregnant team member this past Saturday… these lies are succeeding in causing panic and muddying the water about the issue.

Roe and Doe Were Crap to Begin With

Pundits and scholars on both sides of the abortion issue agree that Roe and Doe are bad laws on a shaky (at best) foundation. They’re basically at the top of a house of cards. These laws were pushed through by abortion groups who took advantage of vulnerable plaintiffs, lack of medical knowledge and technology, and falsified statistics. The co-founder of abortion group NARAL admitted himself that the group inflated pre-Roe abortion deaths by up to 10,000 deaths – and no one ever questioned their source.

SFLA President Kristan Hawkins wrote in a 2019 op ed at the Washington Times:

“In fact, the abortion decision forced on America in Roe rests on a virtual San Andreas legal fault line, shaky, legal ground that experts, both pro- and anti-abortion, have watched closely. With a number of cases headed to the U.S. Supreme Court to probe the cracks in the ruling, that fragile foundation is in question. But it’s not only pro-life legal experts who see serious flaws in Roe.

Supreme Court Justice Ruth Bader Ginsburg, speaking at a University of Chicago Law School event in 2013, surprised the students with her analysis of Roe as faulty law for going too far, too fast, creating a target for activism. She also objected to the case’s connection to privacy rights compared to women’s rights in general.”

MCCL succinctly points out the three major reasons that Roe is bad law:

Each semester, Students for Life of America President Kristan Hawkins embarks on a speaking tour (usually on America’s most liberal campuses). Her most recent speaking tour title was “Make Abortion Illegal Again.” The response was huge, and hundreds of students in-person (in addition to millions of online viewers) learned the truth about Roe v. Wade and what an America without it will look like.

Kristan also addresses the concept of a Post-Roe America on an episode of her podcast, Explicitly Pro-Life.

Students for Life is completely geared towards achieving a post-Roe America and takes many proactive steps to be prepared for such a day. At Real Clear Politics in August, Kristan wrote about our launch of Students for Life Action and related political efforts to help achieve our goals. We also released a Blueprint for a Post-Roe America which outlined the multi-faceted path we believe will get us there. Many pro-life leaders and elected officials signed on to this Blueprint. On the flip side, abortion supporting politicians refused to even utter the word “abortion” at the Democratic Convention.

At the end of the day, it’s pro-life advocates who empower families and equip them to succeed. It was Margaret Sanger, founder of Planned Parenthood, who said, “The most merciful thing that a large family does to one of its infant members is to kill it.” The contrast is stark. And the compassionate side is obvious.

Students for Life has useful materials about Roe v. Wade, about the Supreme Court’s invention of a “right to abortion,” and more.