STUDENTS FOR LIFE OF AMERICA URGES REMOVAL OF MEMORIALS TO RACIST PLANNED PARENTHOOD FOUNDER MARGARET SANGER   “Margaret Sanger’s legacy cannot be hidden or covered up by mere words or apologies, or simply by acknowledging Planned Parenthood’s racist roots,” said Toni McFadden. “Reckoning with its own racism means Planned Parenthood must take action to address its racist present, the disproportionate loss of life they cause in communities of color. If they really want to change, Planned Parenthood will cease killing innocent human beings in minority communities.”  WASHINGTON, DC (04-21-2021) – Over the weekend, Planned Parenthood president Alexis McGill Johnson penned a New York

Students for Life of West Virginia Appeals to Sen. Manchin to Continue Defending the Filibuster on Billboards Up Now

Reported on Behalf of Students for Life Action

“Students for Life Action calls on Sen. Manchin to ‘Save the Babies, Save the Filibuster’ in a new billboard campaign featuring the pro-life concerns of West Virginia students,” said Students for Life Action President Kristan Hawkins. “Prejudice against preborn life must be confronted and the conscience rights of Americans preserved.” 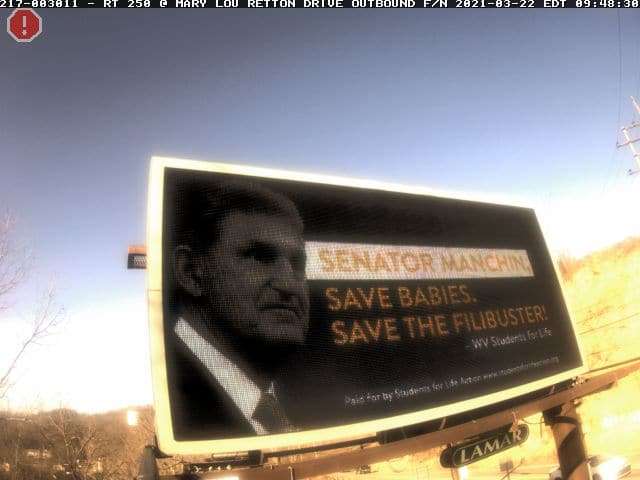 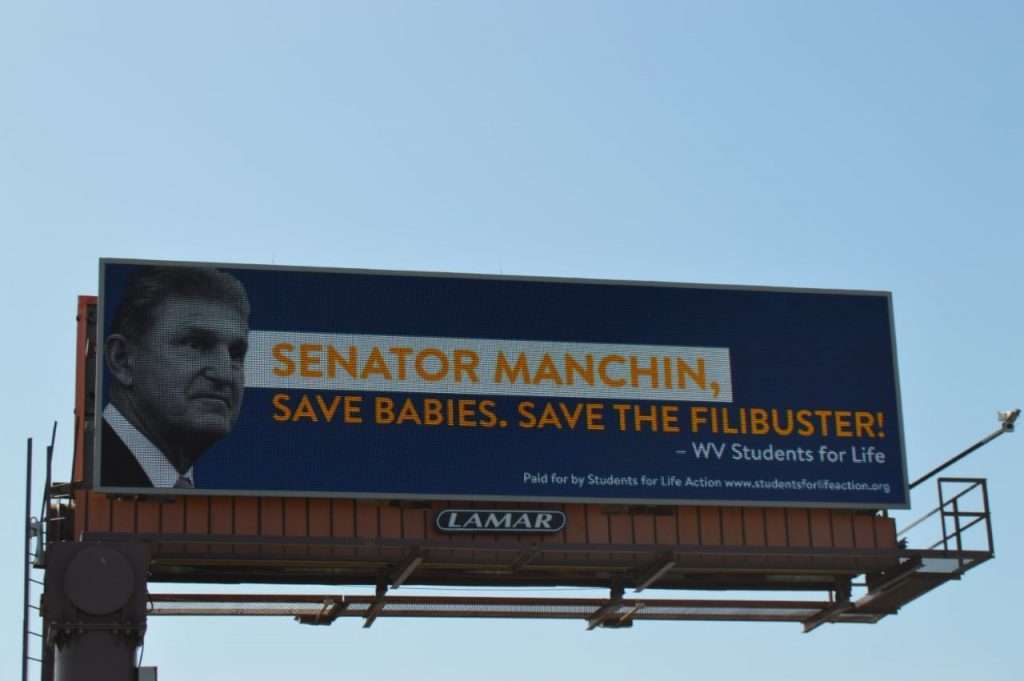 FAIRMONT, W.V. & MORGANTOWN, W.V. (03-24-2021) – Students for Life Action President Kristan Hawkins announced Wednesday that Students for Life of West Virginia was sponsoring billboards in the Mountain state, calling on Sen. Joe Manchin to continue his heroic defense of the filibuster as currently in use. “Despite razor-thin margins in Congress, abortion radicals are push such sweeping social reconstruction in a number of measures that the law as we know it and the country that we love will not be able to continue. The only thing blocking those unprecedented efforts are the filibuster that requires bi-partisan agreement to enact great change,” said Hawkins.

Social and Constitutional re-structuring being pushed by the Democrats in charge of the agenda include:

Students for Life Action is scoring on all the votes for these, three measures and has engaged in a number of events across the country and in West Virginia in defense of women, the pre-born and people of faith.

“As a West Virginia native, I appreciate Sen. Manchin’s continued leadership for common sense proposals that can help more than Corporate Abortion,” said Hawkins. “These billboards represent the sentiments of our West Virginia students who know that their Senator is under tremendous pressure from the abortion lobby in Washington D.C. Billboards have been a tool that we’ve employed over the last year, especially with our nationwide ‘Black Preborn Lives Matter’ campaign, as they allow a voice for people in their community.”

In the last week, Students for Life Action volunteer and West Virginia University nursing student Allison Richard, joined in an event asking Sen. Manchin to hold the line on the filibuster to stop the advancing, harmful legislation in HR 1 and HR 5. In her statement, Richard observed:

“I am afraid for people in my chosen profession who could be forced to participate in abortions if the IN-Equality Act becomes law because it specifically wipes out legal protections – my conscience rights – and puts people like me at risk of losing my chosen profession and my freedom.”

Hawkins has also been active across the state in a number of events as people have thanked Sen. Manchin for his leadership and asked him to defend pre-born life in law. Some events here, here and here.

Stay up to date on the Pro-Life Generation’s engagement in state legislation at https://studentsforlifeaction.org